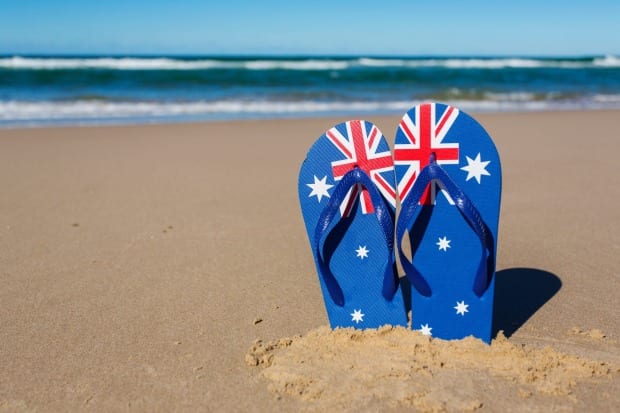 Philosophising about the future of humanity is a very popular activity at the moment as is the current rhetoric around the future of work, AI domination and what humans could potentially become.

But amongst all of this there has been very little real debate about what we, as humans, actually want our futures to be, let alone how different cultures see the challenges from within their own lenses.

Two recent TechTonic interviews – one with dana boyd and the other with Francesca Bria – raise these issues and explore the importance of cultural values and agreed end goals when it comes to the role and impact of technology on societies.

But as MIT Professor of the Social Studies of Science and Technology Sherry Turkle has stated,

Technology challenges us to assert our human values which means that first of all we have to know what they are.

Harvard Business School Professor Shoshana Zuboff in forthcoming book, Master or Slave? The Fight for the Soul of Our Information Civilization, integrates the themes of psychological individuality, the conditions for human development, the digital revolution, and the evolution of capitalism into what she sees as the most important 21st Century challenge  – what to do about the power of Surveillance Capitalism.  Zuboff seeks to incite precisely the debate that is required, and which every nation needs to address as a matter of urgency – are we masters of are we slaves in the machine driven world?  And what do we actually want?

Over the past two decades as I have worked in the socio-technical space – with GAMAA developing both Print21 and subsequently the GAMAA Leadership Programme in 2003; leading Fuji Xerox’s Semantic Web research which lives on through the Circles of Sustainability project; and finally my own attempts to encapsulate the larger Web Science challenges of the Social Machine in my own work towards a PhD.  During this time I have often felt like a lone voice or at least one that was operating at stratospheric levels whilst most others were wading about in the weeds below.

But others out there have been waging their own battles, and one of these, Professor Genevieve Bell, whom I have long admired and whose work I have closely followed, has now returned to Australia and articulated the ultimate 21st Century Challenge which builds on both Turkle and Zuboff in her 2017 Boyer Lectures.

Do we want to be Australian in this new data-driven smart, fast and connected world, or just another colony of some transnational, commercial empire?  … (I)t is the case that algorithms and the data-centric world they help build, are manifestations of cultural values and cultural logics which arise in very particular places and contexts. Whilst it is certainly the case that there is a robust debate in Australia currently about what our value set might be, I think it is safe to say we might want to embody our own values in the data-driven digital world around us.

What Genevieve is saying is that as a society we may be working towards trying to explore our social values, but how does this play out in the digital world, and what impact is this new way of working with information having on our everyday lives?

Do we as Humans want to proactively create a future that enables us as a species to evolve our humanity or do we become mere cogs in an economically driven machine age?

For all societies what is required is the ability to identify, facilitate and encourage a respectful debate around the key emerging issues, and the differing value systems which underpin them.  I don’t actually think there is either a robust or particularly informed debate happening yet in Australia (there is a lot of bickering!) which I realised when I heard journalist Peter Greste talking about his book First Casualty.

Greste believes that there has been a profound shift in the ability of the world to really engage in debate as a consequence of George W. Bush’s post 9/11 speech that you’re either with us or against us.  He believes that this single speech has created a binary way in which we are now addressing major social issues, where issues are seen as either black or white, and there is little room or tolerance for the greys, let alone the full kaleidoscopic spectrum.  Greste feels that this bifurcation was not only a catalyst in his own arrest but has lead to the growing inability of the media to report impartially on both sides of any conflict (military or political), the decline in the media’s power to challenge authority and uphold the rights of the individual, and the collapse in trust around the world.

One of the drivers of trust is the ability to have good, strong nuanced public debates around values and this has been a major casualty of the decline of impartial journalism.

This, of course veers into the murky waters of the privacy-security debate that all governments are having, the obsession with gathering of data, and the belief that more data will make us all safe.

I’m not going to comment on that here but what I am going to say is that there is one group who still speak up and that is those engaged in research, of all kinds, and my experience with both the Xerox and Web Science communities over the past two decades is certainly evidence of that.

Researchers often shy away from the public discourse as they just want to be left alone to get on with their science, but some are prepared to stand up and be heard.

For Genevieve Bell Australian values include fairness, equity, accessibility for all, social justice and civic society, but what do these words really mean?  Within a global multicultural society how do we come up with a shared vision for where we want to go and what we want to become?   And, how do we explore and test ideas and concepts if, as Peter Greste suggests, we lack both the appetite for rigorous debate, as well as the courage to stand up and take the lead?

I’ve pondered for years why Australia lags in the debate and dialogue that I witness when I travel (according to Matthew Koch we are around seven years behind in the financial markets).  Is it that we simply have it too good, that we’ve dodged the GFC bullet, lacked the need for austerity, and if all else fails we just head to the beach?  Is it that we have the luxury of appalling political leadership precisely because of this and so we simply switch off when our politicians behave like pre-schoolers with their opportunism, infighting and inability to deal with real issues because they keep getting sidelined by “scandals” of their own making?  Is it that we lack the guts to properly argue and debate and determine fundamental changes?  Is it that the us or them argument has won and we are all so desperate to fit in that we are fearful of the rainbow coloured spectrum (a particularly sore point for us at the minute in Australia!)?
I don’t know the answer to this but what I do know is that when someone of Genevieve’s expertise, stature and reputation decides to return to Australia and both lead and encourage debate then we all need to wake up, put down our skinny soy lattes and frappuccinos and actively do some research in order to stand up with her and engage in a national conversation.

I for one am thrilled that Genevieve has come back to the ANU and launched her return with such a gutsy challenge as the Boyers 2017.

It should be compulsory listening for every Australian.