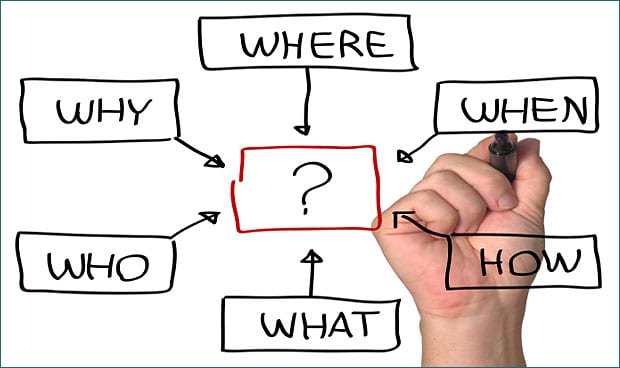 I recently had brunch with some old friends in Melbourne, both of whom are middle-aged working Mums, are highly educated, work in areas close to government, and are keen observers of society as a whole.

As is so often the case with people who are at the same life-stage our conversation turned to Australia’s political landscape, our teenage children and, inevitably, the Alan Jones shenanigans and social media quickly arose, as did the concept of “open” government, which we all had a view on, but which I think many still struggle to understand in practice, and finally the conversation turned to the buzz-word being bandied around at the minute, which is “engage”.

Everywhere you go organisations want to “engage” with you – customer engagement, stakeholder engagement, citizen engagement.  But what does this really mean in practice?  And what is required to achieve actual change rather than meaningless rhetoric and the latest in marketing euphemisms?

If you look up the word “engage” it can mean a number of things:

It suggests a positive and reinforcing connection between people, ideas and concepts, that can be measured by the amount of attention given and received, and an aspect of focus.  What is interesting about “being engaged” is that it may only be temporary, for the duration of the “performance” or commitment or activity, and there is not necessarily an expectation of permanency, but there is an expectation of being fully present.

Our relationships with organisations are complicated, and that with government in particular even more so as it touches virtually every aspect of our lives on a daily basis.

The move towards “open” government was initially driven by the lack of trust in public sector institutions, and the need for transparency in order to rebuild that trust, of which I have written previously. Governments need citizens to given them data and information in order to create and provide better services; citizens need governments to be honest and reliable in order to feel comfortable giving that information, and are wary of anything they perceived to be an unwanted intrusion as was witnessed in Australia with the “Australia Card” debate in recent decades.

So, how does this fit in with a world where there are now over one billion Facebook accounts within which people seem to happily detail the minutae of their lives for public consumption? How do we get to the situation where some governments, such as that of the United Kingdom, are considering utilising Facebook identities to access public services?

And what happens to trust when these private organisations reveal personal details which their “customers” thought were confidential, as documented in a recent Wall Street Journal article?

In a recent HBR blogpost entitled “A Penny for your Privacy” Tibco’s Chris Taylor and Ron Webb state that whilst we have been exchanging our data for products and services for quite a while there is now the need to be much more aware about both its value and what others are doing with it.

Before deciding to sell our personal information, we need to be clear about what people want to know about us, why they want to know it, how and when they intend to collect that information, and what’s being offered to us in return. That’s a great deal to know from a marketplace that by and large would prefer to keep its intentions and options close to the vest.

I still don’t think many people truly understand the implications of digital technologies for information and knowledge from a “data” perspective, regardless of whether they are private citizens or employees in organisations. Nor do I think that many organisations are really all that interested in genuine engagement, as opposed to “listening” – so that they can more effectively target their advertising and basically sell more stuff.

In fact, I think that people in organisations are so busy spending time “doing business with themselves” that they have little time and spare capacity to give the true attention that is required for genuine engagement. I’m not saying they are not trying, but I don’t see a lot of evidence of success.

I am hearing a lot of hype though and over the past month I have participated in numerous events where public sector managers from ICT, Communications and Policy have considered and discussed issues relating to the impact of digital information technologies from ANZSOG events in New Zealand and Canberra, to the FutureGov Congress in Canberra and then the IBRC “Social Government” conference. There was lots of talk about “engagement” but few examples of where genuine attention was being paid.

The fact is that the challenge of “engaging” is a tough gig, particularly for people in large organisations, both public and private. Alan Jones and the team at Macquarie Radio are learning that for years he’s been able to push his message out – no “engagement” here – but now that citizens have the ability to push back the communications landscape is changing radically, and this applies as much for governments as it does for companies, who need to consider how they conduct public meetings where disgruntled shareholders and other stakeholders now have the ability to express themselves and not necessarily be bullied into silence.

In June, 2010 a number of government and industry leaders met at the Kennedy School of Government, Harvard University, to “assess the move to ‘Government 2.0’ to date; to share insight to its limits and possibilities, as well as its enablers and obstacles; and to assess the road ahead”. Zachary Tumin and Archon Fung prepared a report of this meeting entitled “From Government 2.0 to Society 2.0” and in it they state that

In other words government, like all institutions, needs to be mindful of how it is perceived within the community, and it needs to manage its “brand”. For government especially the need to engage and to do so is crucial, not only to satisfy the people to whom they are directly accountable, but also because so many people who work in the public sector really care about the work they do and the outcomes they can achieve.

What really matters about engagement is being fully present, not distracted and genuinely interested in the dynamic as it unfolds. This means that those with whom we engage are focused on the conversation we are having, not cursorily glancing at it whilst preoccupied with other things.

For this people need to have time to think, reflect and process, rather than being given more to do, and to focus on doing fewer things well rather than just more things.

Perhaps this is what we should be measuring and seeking to more fully understand.