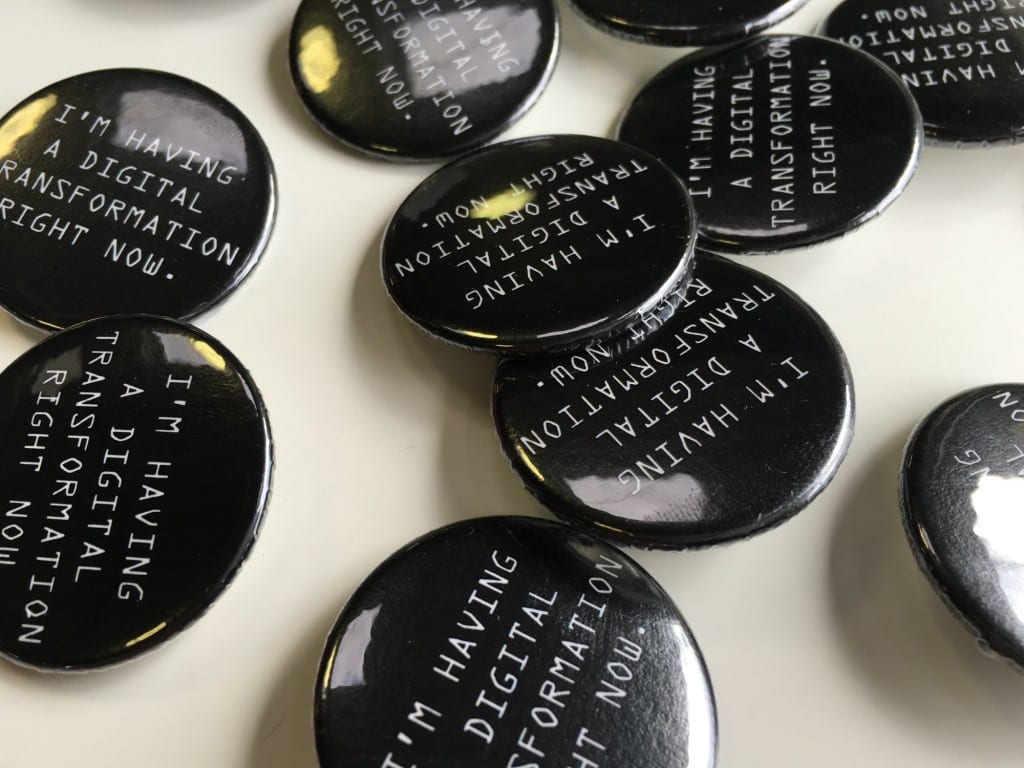 These two milestones are important for the Web, as both organisations have only just begun the crucial work they were created to do, one creating the Government Social Machine of the future, the other working tirelessly to understand what that is, and hoping to influence its development in a positive way.

There is no doubt that the GDS has broken new ground, not least in its aspirations and determination to make things open in order to make things better.  It has achieved a number of wins thus far in trying to integrate government services with a view to providing a much more seamless, consistent and pain-free customer experience.  In addition it has begun the process of changing mindsets around what Government should look like in the digital age whilst also raising expectations in terms of how citizens can better interact with Government Services.

But it has only just begun.

When it comes to the impact of digital on businesses of all kinds we have only just scratched the surface and there is a long way to go.  Whilst the technologies are evolving and becoming more and more sophisticated the humans are in danger of being left behind.  As William Gibson so aptly said

That uneven distribution is evident around the world as seen in the vote for BrExit, the election of Donald Trump, the rejection of change in Italy’s constitution, and numerous other examples of the rise of nationalism globally.  The people are demanding that they, and not the machine, must come first.

Much of this is due to everyday people feeling that the pace of change around them is overwhelming and they just want things to slow down and go back to what used to be.

Human history teaches us that this is impossible, but it also teaches us that when we are going through periods of major disruption and change then there needs to be wise leadership, considered thought and careful stewardship so that “people” don’t get left behind.

There lies the source of conflict, destruction and a waste of human energy, creativity and resource, and this is the pivotal point that we now face.

When we talk about transformation what do we actually mean?

Most of what I read and hear is actually about business process re-engineering where the integration of emerging information technologies aims to minimise costs (mostly human) and maximise outputs and profits.  I rarely hear about organisations who are prepared to redesign themselves from the ground up in order to put the human at the centre.  (For an excellent dialogue around this listen to the RSA podcast Partnership, Purpose and Productivity).

The true impact of information in digital form throughout organisations is felt through deep and embedded social change articulated through a complete renegotiation in the relationship between citizen/customer/consumer and government/business/producer.  This image below is the one that seems to resonate most with people when I deliver digital workshops because people recognise that it is they – the people themselves – armed with the technologies of the Social Machine, who are the disruptors, and any conversation or debate around digital transformation needs to recognise this first and foremost. 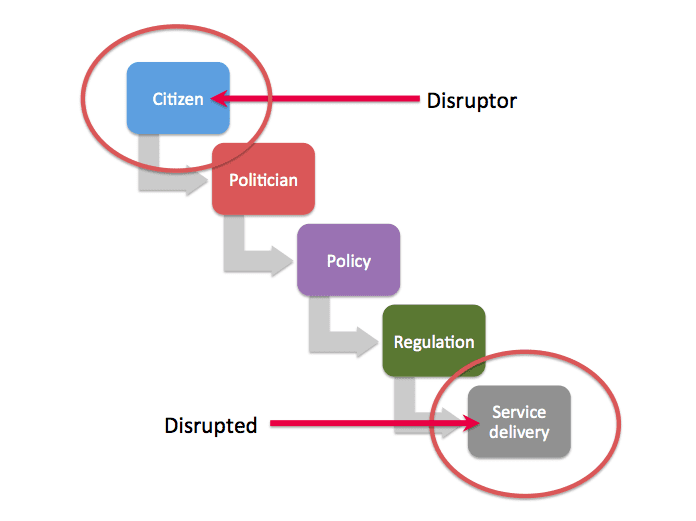 This is where Web Science comes in.

Over the past decade Web Science has begun to inform the debate around the Social Machine by working to create a common playing field between the social and technical sciences based on common goals, aspirations, language and research methodologies, and this is no mean feat!  This has not been easy but progress has been made (see the Web Science Trust’s tenth anniversary video) and the challenges ahead are now more evident and understood (see video what now for Web Science?).

Web Science has only just begun the work it needs to do, and is now more important than ever.

Most of the real world challenges relate to the policy and politics of the Web – issues of inequality and access, the role of artificial intelligence and how it impacts upon humans both in the workplace but also everyday life, and the ethics and morals of what type of Web we want to have moving forward.

The Web is enveloping every aspect of human existence, and in the digital world success doesn’t necessarily come from being the first, or the biggest, or the flashiest.  It comes from being smart and by understanding how new technologies can best fit local circumstances and cultural sensitivities.

We are all being digitally transformed in one way or another, and this is where the UK’s Government Digital Service broke new ground in seeking to address that transformation front and centre, and Web Science seeks to understand what that transformation actually means.

Each and every nation must emulate what the GDS is seeking to do, but in their own unique and culturally sensitive way – both Australia and California now have their own versions.  Every jurisdiction has different perspectives on what government means, and this is where Web Science is so important, because it seeks to understand those differences in order to help design a better Web for future generations.

Australia’s Digital Transformation Agency has recently sought nominations for its Digital Advisory Board and this presents a superb opportunity for Web Science to contribute to the future of this country.

One of the major challenges for this Board is, I believe, to appreciate that Australia isn’t necessarily the best inventor or innovator, but we are an exceptionally good fast follower.  We have the opportunity to bring together the experience of what has been learned internationally with our own unique culture and take the lead in creating the Web we want for ourselves, rather than walk aimlessly into one that others will happily determine for us.

Web Science can help with that.

The future-readiness of Philanthropy
Sleepers! Awake!