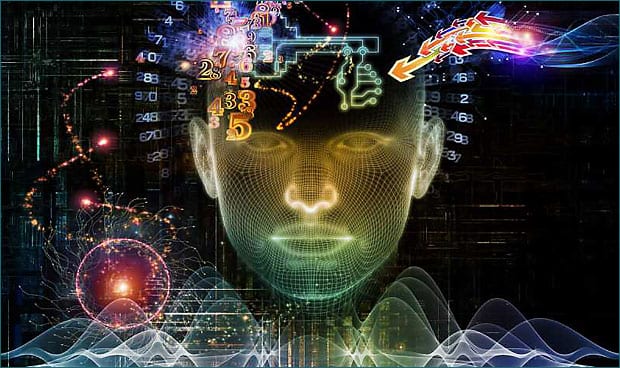 There is no wealth but life. Life, including all its powers of love, of joy, and of admiration. That country is the richest which nourishes the greatest numbers of noble and happy human beings; that man is richest, who, having perfected the functions of his own life to the utmost, has also the widest helpful influence, both personal, and by means of his possessions, over the lives of others.

Thus said John Ruskin (Unto this last, Essay IV, “Ad Valorem”, 1860). A beautiful piece of writing, and something to reflect upon in terms of humans in the modern world.

This past month I have been privileged to attend a couple of events which have been truly insightful in exploring some “meaning of life” issues, and how we, as humans, are grappling with the challenges of both meaning and science.

To begin with every year UNSW holds it’s “Brain Sciences Symposium“, and this year the theme was “The Interactive Brain:  Translational Neuroscience”.

The Symposium brings together some of the best and brightest minds to discuss their latest research, and, whilst I’m no “brain scientist” myself, I do find the presentations and discussions fascinating and usually relatively easy to understand – at least superficially! I also find that I connect what I learn to other pieces of research that I stumble upon and there are often some hidden gems.

The overall theme of this years “Brain Science” suggested the need for a synthesis of the sciences and a far more holistic approach to studying the brain. In his Opening Address, Professor Merlin Crossley cited the example of Francis Crick who worked in numerous fields before unravelling the mystery of DNA, and had the ability to learn from, and celebrate, both his failures and his successes. This was a wonderfully refreshing approach, and certainly resonated with my own belief that far too much of academia is narrowly focused, and disconnected from practice. My own experience is that with the need to publish comes an increasingly myopic and all-to-often outdated set of outcomes, as revealed by The Economist recently, outdated there is a huge value in the “failures” and the need to use data much more effectively. People in the real world need research that is reliable, but also that which is useful and relevant.

One of the most refreshing presentations at the Brain Sciences Symposium was given by Professor Patrick McGorrie who, from the outset, stated that he is a practitioner, and uses the research to inform his practice. McGorrie gave a marvellous overview of the evolution of psychiatry and stressed the importance of developing a staged approach to diagnosis from adolescence onwards in order to more effectively deliver clinical staging and “stepwise care”.  Throughout his talk he stressed the need to look at the “impact on living”, on the direct benefits of studying mental health, not for the sake of scientific research, but to help people in their daily lives. He cautioned against the “rush to diagnose”, the value of labeling as “syndromes”, and the need for more holistic and inter-connected thinking in trying to both understand and proactively manage issues of mental health.

As I reflected on other talks given about research and treatment of Parkinsons Disease, the development of a “bionic eye”, and Cochlear, it seemed that one of the key messages was the constant dilemma for those in the “brain sciences” to responsibly negotiate the boundaries between the challenges of everyday life versus treating and managing someone with a real psychosis.

The work of wonderful people like Professor McGorrie is crucial to both managing the challenges of psychological and psychiatric illness in adolescence, but also to understanding the importance of youth mental health as a critical national asset.

As the concept of the “knowledge economy” continues to evolve, becoming inextricably linked to the developing information sciences, the need to more fully understand and proactively manage our own “mental capital” and “mental well-being” becomes crucially important.

In The Mental Wealth of Nations (Nature, 2008) the authors state that

To prosper and flourish in a rapidly changing world, we must make the most of all our resources — both mental and material.

(There are) … two main aspects of mental development: mental capital and mental well-being. Mental capital encompasses both cognitive and emotional resources. It includes people’s cognitive ability; their flexibility and efficiency at learning; and their ‘emotional intelligence’, or social skills and resilience in the face of stress. The term therefore captures a key dimension of the elements that establish how well an individual is able to contribute to society and to experience a high quality of life.

Mental well-being, on the other hand, is a dynamic state that refers to individuals’ ability to develop their potential, work productively and creatively, build strong and positive relationships with others and contribute to their community. …

(H)ow a nation develops and uses its mental capital not only has a significant effect on its economic competitiveness and prosperity, it is also important for mental health and well-being and social cohesion and inclusion. Because they are so closely linked, mental health and well-being should both therefore be considered when developing policies and designing interventions.

As I sat at the UNSW Brain Sciences symposium I reflected on my own experiences during adolescence, and the fact that it wasn’t until I attended the Tavistock Institute’s “Leicester Conference” in 2002 that I finally understood many of my own issues around fear which have shaped my adult life. Tavistock provided a simulated learning experience which brought up many of the issues of “brain science” in a fairly raw and confronting environment and, whilst it is not for everyone, for me this “SAS Training for Psychology” was experiential learning at its best.

However, there are gentler ways to learn, and this I experienced at the beginning of October when I was privileged to be asked to participate in “The Good Life”, a four day retreat held in Bath, UK, and facilitated by John O’Neil and Tony Bury. John is a wonderfully wise and grounded individual who gently guided the group of some twelve or so to explore their own issues around life purpose, personal mission, and integrated learning through the use of wonderful literature and deep and honest conversation. We touched on everything from neuroscience to spirituality as we wandered around the ancient streets of one of the most lovely towns in England, sampling canals and Roman ruins in equal measure.

The need to more fully explore and understand the “spiritual” aspect of ourselves is receiving quite a lot of attention, and when it comes to bringing together some of the themes around “brain”, “mind” and “spirit” The RSA held a Public Lecture on “Beyond Belief:  Taking Spirituality Seriously“, the first as part of “Spirituality:  Tools of the Mind and the Social Brain” a mixture of research and six public events with a report due next year. This is well worth watching, as is Karen Armstrong’s TED Talk on “The Charter for Compassion“.

The thing that “The Good Life” made me realise is how marvellous it is to have the opportunity to reflect, to think about truly deep and meaningful issues, with the companionship of others of like mind and in like space. It is the opportunity to get away from what T. S. Eliot described as being

“Distracted from distraction by distraction
Filled with fancies and empty of meaning.”

With all of our clever devices and 24/7 news media, underpinned by incessant advertising and noise, this, perhaps is the greatest challenge that we face in deciding what it is to be human.

Web Science down under
The Laramie Project