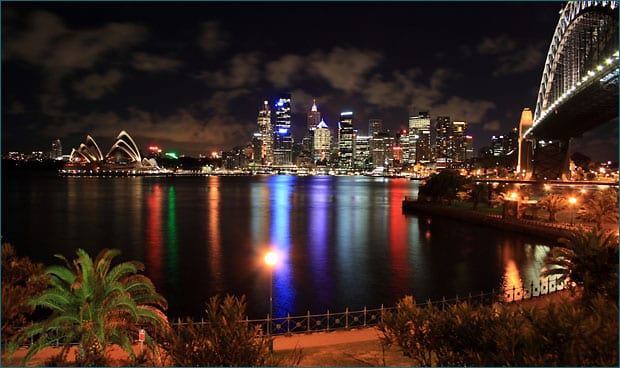 You may (or may not!) be aware of the rumblings occurring about Opera Australia at the moment …

My friend Fiona Janes has written to the Board of the company highlighting a number of issues to do with the engagement and casting of singers, particularly highlighting the discrepancy between the number of ‘older’ and more mature generation who are in their prime, and younger, but often less experienced, people, not to mention a string of imports from the UK.  Many other issues arise and Fiona was interviewed by Alan Jones on Friday 10th October, 2008.

And the story goes on.

I myself have not been directly involved with the Opera company for many years, but I have been watching from the sidelines, and talking to friends who are closer to the action.  I decided to put in my “two bob’s worth” (from which Jones has quoted) and thought I would share it here:

“Fi, Bern and I have been talking about the ‘goings on’ at Opera Australia for many years.

In a previous life I witnessed a number of very dodgy and questionable practices, particularly with regard to government funding and some industry reviews together with eloquent verbal contortions to make bad management look like normal practice.

The problem is that it is ‘normal practice’.  I had the good fortune to meet Fi and many of you whilst working with what I affectionately remember as “The Australian Opera” (please say this in a Joan Hopkins voice!).  My opinion is that we were with the company at a time when it was riding high – it had come out of some difficult times but was doing well in the box office, had some fantastic voices and productions, was well and professionally managed, and I was extremely proud to be a company member.

Since then my own journey has led me through arts politics and government, to non-profit boards and associations, and now to the corporate world, and with the combined perspective of this experience I can say nothing more than I feel deep concern at what has been going on for a number of years.

The basic problem, in my opinion is very simple.  People of good repute and community position are often put on Boards of non-profit organisations as guardians of both public funds and, in this case, the flagship cultural institution, but often they lack the skills to run a cultural institution, or they treat it as “charity work”.  In addition too often people are put in management positions who simply don’t have the skills, aren’t properly coached and mentored, and, quite frankly, sometimes wouldn’t get in those positions were it not for networks and favours.

The Opera sets the benchmark in all areas of the industry across the board, and, for you amazing artists, the company is the pinnacle in Australia through which to practice your craft.

Unfortunately all too often for some reason the intelligence, wisdom and ethics of good management seem to be lacking when major decisions are made, something I have often witnessed in my role on the National Disciplinary Committee of the Institute of Chartered Accountants.

Opera Australia, from what I can gather and intuitively feel, has an “image” problem, both internally and externally.  There is a perception, be it real or imagined, that it lacks good management principles, which means that greed, nepotism, and some of the other frailties of the human condition are allowed to interfere with the business at hand.  In addition, there is a perception that previous deals, tickets to opening nights and favours for friends becomes the currency which pervades, rather than doing the right thing by the industry, the company and its members.

If this is the perception then the Company, and those in charge of it, need to do something to properly address the accusations, as a duty to ALL stakeholders, both external and internal.

For my own part I recall going to the Opera Centre a few years ago and seeing photos of every man and his cat up on the wall where once is was only the artists, the genuine “product” to speak in marketing terms, who were acknowledged.  I saw the esteemed General Manager, the staff and even a cleaner’s portrait up there!  It puzzled me as no other corporate brand advertises that way… it is the product that sells, not those who hang off it… it is the height of arrogance and an illustration that people within the company have forgotten the concept of true leadership and what it is to serve… something that was very well understood when I worked in the company.

My congratulations to Fi… I think she’s been both extremely brave but also very level headed and considered in the work she’s done.  And I applaud Kirsty, Jeffrey, Bruce and others for speaking out because they have put the proverbial “elephant on the table” and it needs to be examined.

I’m afraid the only answer is NOT yet another bloody government review where we all do deals, shake hands and then go to the public with saccharine smiles… nor is it yet another expensive management consulting report.  It is the application of common sense and good manners with the interests of the public, the artists and the craft in mind… this could be achieved very easily with a clean sweep at the top – and I mean quite a few at the top… then the environment of fear and nepotism may make way for honesty, openness and creativity, something that is surely what we all deserve.”

After a number of emails from others in response to this I then added:

“Having now had correspondence with a couple of you and a chat to Fi there is one other thing I’d like to put out there.

When I worked with Peter Collins (then NSW Minister for the Arts and a fine one at that in my opinion) we put legislation through the NSW Parliament that limited Board positions on all NSW Cultural Institutions to a maximum of 3 x 3 year terms.  Each and every board member had their position reviewed after three years, and some were not renewed.  All were ‘retired’ after a maximum of 9 years.  This is something that other institutions do as well and is a very fine practice.

In addition my belief, which is backed up by a significant amount of research, is that no senior manager, and particularly a CEO or MD (or dare I say Prime Minister of Premier), should be in that position for more than about 8 – 10 years.  People tend to learn for the first 2 – 3 years, then really perform for their middle 3, and then are in a position to consolidate and prepare a successor in the last three.

By this measure Adrian Collette and a number of the OA Board members have now reached his ‘use-by’ date regardless of their performance.  It is their duty to hand on to the next generation for both renewed energy, fresh ideas and an injection of youth.

Finally, has been mentioned too often board members on arts organisations are there for their ‘cv’ and prestige etc.  Why do we as the arts community not have a much more rigorous process by which we recruit, appoint and manage these people, together with the senior managers?  We have our “arts management” courses and say that we are lifting the level of arts management in this country, but this is a prime example of how we are not and is an embarrassing slur on the practice of arts management in Australia – a major reason why so many of our good people either leave the industry or go overseas.

My suggestion to Fi is that we should “benchmark” what a “good opera company looks like” – there are plenty of examples around the world, and then measure the performance of Opera Australia against that in terms of casting, management, financial performance and governance.  If standards are agreed upon and set then they can be utilised to keep everyone on the most desirable path and provide accountability and good governance to ALL stakeholders.

I will state here that I have no formal evidence of anything inappropriate that may have occurred, but, as they say, “where there’s smoke there’s fire” and I respect the opinions of those who have been brave enough to speak out.  These “industry leaders” – such as Fiona Janes, Jeffrey Black, Kirsty Harmes and Bruce Martin, have done so, not out of any interest for themselves, but because they are gravely concerned for the future of the art-form and the flagship company in this country.

Surely these voices deserve to be heard and considered – we pay to hear them on the stage, the least we can do is listen to them in print and on the radio.  Only then can a balanced and considered opinion can be formed of what has occurred, but more importantly how to proceed.  Brushing aside criticism, hoping it will just go away and burying heads in the sand won’t fix the problem – only honesty, openness and integrity can do that.