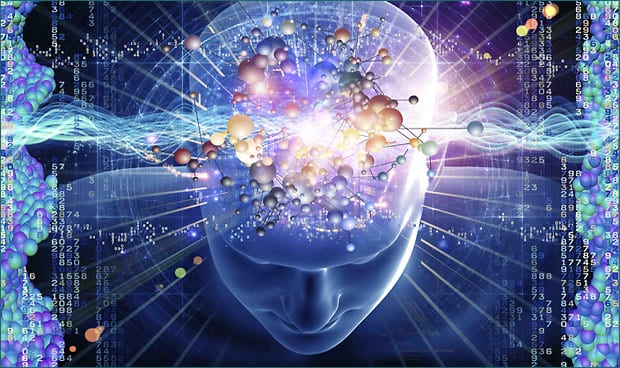 “To be a human being is to have the almost unique opportunity of getting to know oneself and the world in which one lives.  It is sure shortsighted to disregard this opportunity and confine oneself solely to the business of living.”

So said Ervin Laszlo and this has always been a guiding philosophy for me.  Life is that wonderful opportunity to observe, to learn and to change and grow.  And it always has a way of throwing curved balls at you to ensure that you have that opportunity.

For me the “festive” season offers an opportunity to read, reflect and ruminate on the year that has passed and the one about to begin.  It is also a great time to read and this festive season I have been reading two books which have set up some of my thinking for the year ahead, and especially in terms of some of the opportunities and challenges that are facing us all as we slowly learn to navigate and manage in the digital/physical world.

The first is Michio Kaku’s “Physics of the Future“, which brings together his ideas as a physicist with those that he wishes to express as a social being.  Kaku is renown for his broadcast work in the sciences together with his work as a physicist, and this book explores what he feels are the potential short, medium and longer term futures in the areas of the computer, artificial intelligence, medicine, nanotechnology, energy, space travel, wealth, and finally, humanity.

What I found most interesting in reading Kaku’s writing is that regardless of his humanistic approach he remains a physicist through and through.  His perspective, whilst it seeks to bring in the socio-technical, is underpinned by a fundamental belief  about what is technically possible, and what as a scientist he knows can potentially be achieved.  He talks about cybernetic implants, self-driving cars, robo-doctors, the potential of replacement bodies and the potential for human immortality, all of which he believes are in the pipeline now.  As I read the book I had this nagging feeling of discomfort, of a potential excitement about what human science can achieve coupled with an unease as to whether this would be a future that I would actually want to live in.

I actually like driving a manual car, I’m not sure I want to be a cyborg, and the concept of living forever is not something I have as yet  contemplated, nor believe that I am able to.  All of human existence thus far has been based on the evolution of our species within a time-frame where we have at least some time for reflection and thought.  The path to the future that Kaku describes seems to be to be based on the development of technologies at speed which will rapidly outpace our ability to think through the implications and have time for our behaviours to evolve.  I actually found Kaku’s comment that by 2100 humans may be able to become “the gods of mythology” somewhat troubling, because many of the “gods” of mythology were themselves highly unevolved as spiritual beings, far less as wise ones.  In all of the technological splendour I wondered where the real people were and what the impact on our humanity would be.  Kaku does touch on this, but as a physicist, not a humanist.

Which brings me to my second reading for the holidays, Donald Norman’s “Things that make us smart”.  Norman is credited with being amongst the first to articulate the concept of “affordances”, or possible functions of the tools and artefacts that we humans construct to help us make sense of, navigate and shape our world.  Norman describes human cognition as being both experiential (the state in which we perceive and react to events around us, efficiently and effortlessly) and reflective (the ability to compare and contrast, to create thoughts and make decisions and from there develop new ideas and novel responses).  He states that whilst we create artificial extensions of ourselves through the technologies that we create, it is the inter-relationship and interaction between the physical world and our own senses and sense-making of that world that makes us human and enables us to do what we do.  Norman comes from the school of “user centred design” and cognitive science.  His work brings in the psychological approach to how people actually use technologies, not the technologies for their own sake.

So, back to Kaku, and the key question of whether the machines and artificial intelligences we create will be able to do this better than we can, and should we continue to develop them in that direction?  He sees the limits of artificial intelligence being in two areas:  common sense and pattern recognition, both of which humans do innately and much better than any machines thus far.

The one thing that I believe we need more of is a holistic and multi-discliplinary perspective towards all human endeavours, to continually bring in the “and”.  Reading Kaku I was conscious of the fact that just because science can achieve these marvellous things doesn’t mean that it should.

It is this wisdom that we seem to still be lacking, despite all of our clever inventions, and it is the getting of wisdom that remains one of our greatest challenges.

In all of the writing I have done about the inter-relationship between the digital and analogue worlds I have been trying to focus on the “and”, the need to bring together wisdom with science, humanity with technology, and to have the courage to stop and reflect rather than rush forward and follow just because that is what others expect or where the momentum is leading.

Herbert Simon, a keen observer of the technologies of human and artificial systems, said that

“Amost everything that has happened, and its opposite, has been prophesised.  The problem is always to pick and choose among the embarrassing riches of alternative projected futures; and in this, human societies have not demonstrated any large foresight.”

My hope is that if we are wise about using some of the tools that are emerging, and if we are brave enough to view them from within a predominantly human framework, then we may be able to create a future which is about choice and freedom, not the one postulated by so many where the humans come off second best.