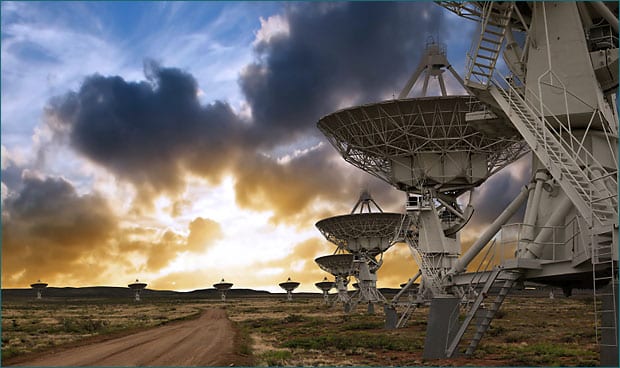 “I have no way of judging of the future but by the present.”  (Edward Gibbon)

In my last blog I wrote about “Gov 2.0” and, in particular, my conviction that “Gov 2.0” is not about tools and technologies – it is about “reinventing government for the digital age”.

Two weeks ago I attended the Web Science Summer School at the Lorenz Centre, University of Leiden, and it has reinforced this belief.

The annual Summer School is hosted by the various Labs within the Web Sciences network, each of which has their own expertise and focus, and all of whom are working to bring together the many and various disciples of the “hard” and “soft” sciences to focus on the evolving World Wide Web.

The opening speaker was Professor Dame Wendy Hall, one of the founders of the discipline of “web science” together with Sir Tim Berners-Lee and Professor Nigel Shadbolt.

Tim Berners-Lee was not the “creator” but rather the “inventor” of the Web.

Why? Because, as someone had stated quite simply “he hadn’t had time to write all of those words.”

This is a crucial point because the Web is, above all, an artifact of “co-creation” by every person with whom it interacts.  At this early stage – the Web is a mere twenty years old – it is nigh on impossible to predict what will emerge.  What we do know is that the Web is changing the way we are living our lives, and as an instrument of observation, offers an unprecedented opportunity to collect, analyse and reflect on the process of “being human”. Appreciating this is what is driving initiatives such as the University of Southampton’s Open Data project,  the “Web Observatory” and the “Open Data Institute”, and research into what are now being termed “social machines”.

Prior to last week I had largely viewed the calls for “open data” as being driven by the “open government” and “open source” agendae, in order to enable entrepreneurial innovation through data sharing and reuse. Whilst this is a laudable objective my greater understanding of Web Science has reinforced my own belief that anthropological, ethnographic and sociological research is of equal, if not greater, importance because the Web is the largest and most complex artificial construct ever created by humankind.

But not research just for its own sake, research linked to experience and real-world application.

It is an emerging discipline which aims “to understand the deeper structure of the social Web and how people are using it” not only now, but potentially in the future (Richard McManus).

The 2012 Web Science Summer School programme reflected the breadth of disciplines necessary to enable this task.

Noshir Contractor described an emerging “perfect storm” in the world of research which is the result of the convergence of:

Noshir sees this having particular impact on the formation and collaboration of networks and teams on a global scale, and the inter-relationship and symbiosis of the “real” and virtual worlds in real time. These networks all have inherent moral, ethical and legal characteristics, and present new governance challenges which must be addressed through a purposeful, deliberate and reflective approach. Numerous other speakers reinforced this message (including Jeroen van den Hoven, Steffen Staab, and Arno R. Lodder) and what needs to be remembered is that whilst technologies are basically “value neutral”, their design is not. All too often technology creation occurs within a “moral fog” so what is most important is that we recognise the “value-laden” context within which machine intelligence technologies are created and we account for those values.

“We have to think about design for moral development and flourishing on the Web.”  (Arno Lodder)

The most talked-about example of machine intelligence is IBM’s “Watson”, an overview of which we were given by Chris Welty. Chris gave an overview of what he had learnt from the Jeopardy challenge and his three key take-away points were:

With around 80% of human knowledge contained in unstructured data Chris stated that it will be a focus on “natural language” which will be at the forefront of emerging Web Science.  Whilst this might seem obvious, the reality is that NLP technologies have been in development for many decades but are only just beginning to emerge within real-world applications.

The other area that is rapidly developing is that of Linked Data, and Dan Brickley gave an overview of the history of the “social web” and the drivers behind “schema.org”.  What was most interesting about Dan’s talk was his observation that regardless of how many “open” platforms are created there always seems to be a move towards a small number of monopolistic systems. Is this a problem? In my opinion as long as people like Dan are working with the Google’s of the World then there is hope for leveraging the power of these commercial behemoths to progress real and beneficial systemic change. But it also means that there needs to be a greater vigilance about protecting the Web and the openness that it espouses, and this requires greater understanding through education.

“We shape the Web and so the Web shapes us.”

All of the Web Science presentations contained a common theme: the symbiotic relationship between people and the technologies we create.

Apart from Web Science there are a number of emerging initiatives which are seeking to be more holistic in their focus and in particular I refer to the Masters in Digital Anthropology course at University College London, and the Masters of Digital Sociology at Goldsmiths College, University of London. I have talked about these two before, and I met with Noortje Marres, of Goldsmiths, last week. She talked about the Issues Mapping project currently under way, and the practical skills that her students are developing to more effectively understand and utilise digital tools within practical workplace environments.

Noortje’s approach resonated because of my belief that, after having been involved with our own research programmes for the past two decades, the most important thing is to bring the concepts and learnings out of the labs and into the workspace. This is where people like Dan working with companies like Google are vital because they are fully aware of the commercial drivers but also able to leverage these imperatives in order to bring about real change.

Nowhere is this more important than for government and, as Frank van Harmelen stated quite categorically,

He was particularly complimentary about the UK Government which seems to be committed to the need for Web Science from the top down (the UK Cabinet Office has just released a paper which talks about “Unleashing the Potential of Open Data”) and are making good progress on a number of fronts.

So, back to my contention that as “Gov 2.0” is fundamentally about the “social shaping” and “co-constitution” of a new way of governing so the Web is a direct reflection of that, and the potential for it to be a tool of education through experience is much greater than most people fully realise.

We are teaching ourselves much about the Web on an everyday basis as we use the tools in our personal lives, but we are not necessarily understanding how they work, why they work and therefore what they are potentially capable of.

This is an historic time for humanity and the Web is both vulnerable and fragile, and needs to be treated with care.

Like so many generations before us who have been looking to the stars in order to more fully understand our own planet (and who have derived from those observations the kind of data that has revolutionised how we see ourselves) it is now time that we utilised the power of the Web, and the emerging Science beginning to underpin it, to do the same thing with our lives in the virtual and electronic worlds.

Gov 2.0 as a mindset of reinvention… and opportunity
If only these walls could speak…