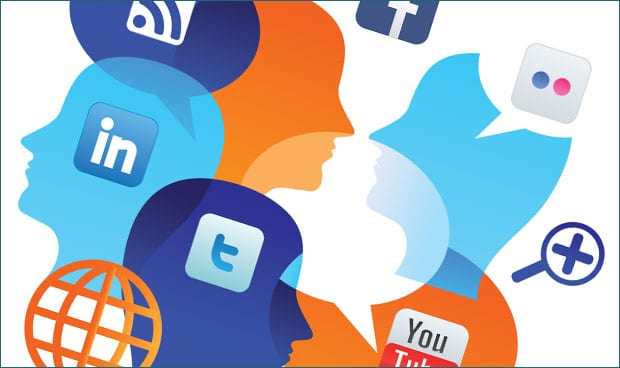 Last week I gave a presentation at the “Social Media for Government” conference in Melbourne.

For any who are interested my presentation is here.

The conference was very well attended and there were a range of people from all walks of government life, and a lot from local government, which I found particularly heartening.

With so much current scepticism around government at the minute it is these wonderful people who keep our basic services going that fulfil the charter of government most keenly, and for whom social media may well provide the most benefits.

If we define “government” as being about “governing” then “governance” is the consistent management, cohesive policies, guidance, processes and decision-rights for a given area of responsibility and involves the physical exercise of management power and policy.

The World Bank defines it as being

“the exercise of political authority and the use of institutional resources to manage society’s problems and affairs”.

Thus, at the heart of governance is the relationship between the “government” and those who are “governed”, which is why having so many people from local government interested in social media augurs well.

As with so many of the events, at which I either speak or observe, the challenges for communicators, and particularly those who work in government agencies, are:

At the conference I spoke of both the semantic web and the ‘digital brand’, and, whilst there were some in the audience whose level of knowledge was very basic (“what is a Facebook ‘like’?”) there were others who were quite well-versed in using social media technologies to augment their communications activities, sought to learn from the activities of others, and were very interested in the whole discussion around measurement and “ROI”.  I will speak more on that anon as I am chairing a conference on “Social Media Monitoring and Metrics” this week.

My presentation was part of the session entitled “Managing the Risks and Rewards of Social Media” and I was preceded by Tracey Sen, Director Corporate Communication, Department of Education an Training (NSW), and Mark Pearson, Professor of Journalism, Bond University.  Both Tracey and Mark highlighted some of the practical challenges of social media, and reinforced the message that the whole thing about ‘social’ media is that they are ‘social’, they are driven by the people for the people and about the people.

As we gauged the level of the audience there were a number of things that surprised me:

When it comes to the tools I am still to be convinced that there are any metrics that can be translated on to the bottom line.  If “social media” are about people then surely the measures of engagement, which are now more transparent than ever, should be based upon the conversations that are held within context, and thus any measure of success will be based on individual needs, from all participants.  I’m not sure you can measure this unless you ask all of those people, and one thing that a number of speakers talked about was that there are many who participate in social media but don’t necessarily engage directly, they “lurk”.  This is certainly my experience when it comes to the Fuji Xerox “Yammer” community, and others that I have observed.  Often people have commented to me directly about my blog or Yammer posts, but they don’t do it online, so it seems that for them the ROI is merely having the information there in the first place.

This is not a bad thing, and the sense of frustration within the audience of how to entice people to engage I think was entirely misdirected.  When it comes to group dynamics there are always those who will talk and those who will observe, and the power of silence is palpable.  This brings in the concept of “energy” and at the recent ANZSOG Master Class I met John Benington, Professor at Warwick University who told me about his thoughts of governance as an “energy system”.

As I ponder my own PhD research around the inter-relationship between governance and trust, the role of digital interaction technologies and the digital brand, and basic human behaviours, I felt that he was absolutely on to something.  When we link this to the study of archetypes, stories and myth a more complex, but holistic picture emerges, and one that begins to make more sense about where things might be headed.

For public sector communicators who are at the centre of all of these conversations – held across all media – this is a time to be embracing the new tools, experimenting with new approaches, assessing and evaluating any potential measures of success, but most of all being open to new ideas and approaches.

This is a time of great innovation and public sector communicators can be at the forefront.  I would urge you to seize this opportunity with both hands.

Digital dreamings
Social Media Monitoring … well, sort of, if we knew what it was