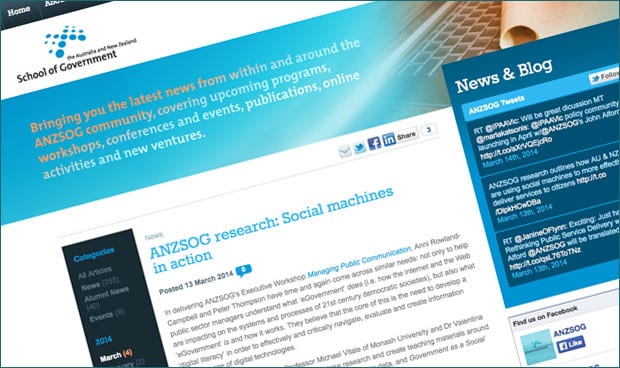 We have just released our second ANZSOG Research report as part of our “Government as a Social Machine” which can be downloaded here.

This report concludes this initial research work which has resulted from the work that I have been doing with Peter Thompson for ANZSOG over the past four years.

The second report follows up on the first overview report (which can be found here) and identifies seven ‘social machines’ which governments in Australian and New Zealand have developed in order to utilise digital technologies in order to deliver more effective and efficient services, develop better business practices, and enable better accountability and transparency. It gives an overview of each ‘social machine’ in context, describing the social need that is being met, the community that has developed it, and begins to unravel some of the socio-political consequences that might arise from the use these social machines within the public policy context.

I would encourage you to read the Appendices which expand this further, and give a more detailed account of the social machines themselves.