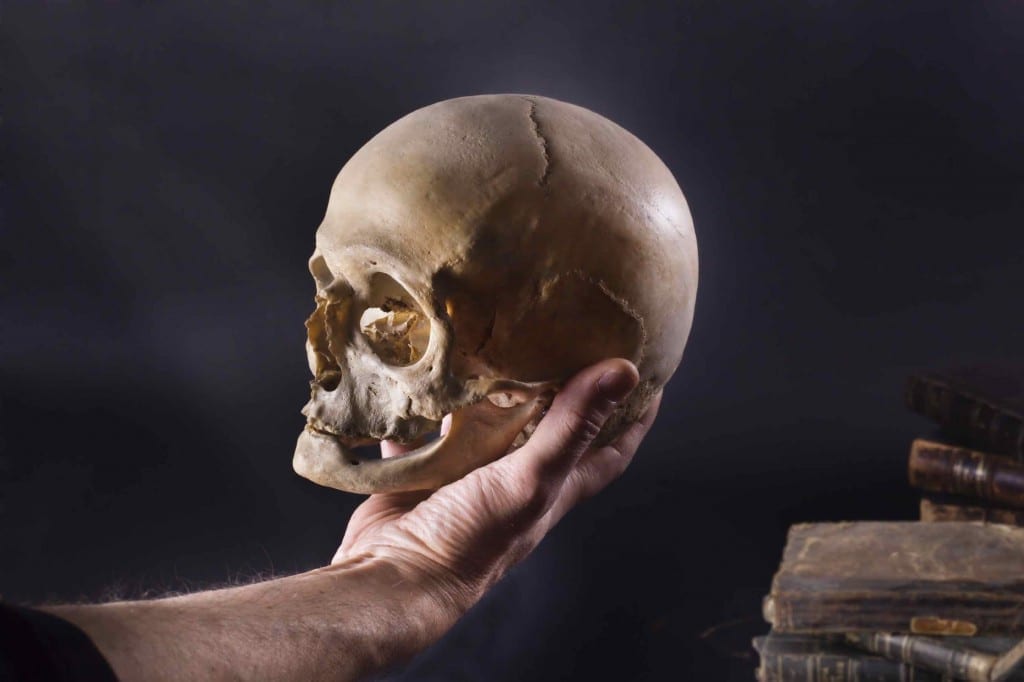 What a piece of work is man!  How noble in reason!  How infinite in faculty!  In form and moving how express and admirable!

In action how like an angel!  In apprehension how like a god!  The beauty of the world, the paragon of animals!

And yet, to me, what is this quintessence of dust?  Man delights not me: no, nor woman neither, though by your smiling you seem to say so.  (Hamlet to Rosencrantz and Guildenstern, Act II, Scene II)

The words of William Shakespeare never cease to amaze and inspire, and these particular words from “Hamlet” (so beautifully interpreted in the musical Hair, which is where I first heard them) continue to reflect back the dichotomy of human kind – so marvellous, and yet simultaneously so dark and dangerous.

I thought about this as I attended Bell Shakespeare’s “Rehearsal Room” for Hamlet last week, and sat in awe as Director Damien Ryan explained the story of the play, and how he, and the 2015 Cast and Crew, are interpreting it.

Despite our “nobility and reason”, Humanity, it seems, fails to learn from past mistakes and constantly needs to be reminded of the foibles of its history so precariously confined within the thin veneer of civilisation.  The guardians of human memory are usually the creative and reflective people in our midst – writers, painters, sculptors, musicians, designers, architects, historians – a leading light of which is Shakespeare, whose works address the very essence of the human psyche, presented through drama, comedy and lyricism.  When appropriately interpreted, this essence probably explains Shakespeare’s resilience and the ongoing survival of companies like Bell Shakespeare whose remit is to ensure that the Bard’s work remains relevant and powerful.

This is why the Intersticia Foundation is supporting the 2015 Artist in Residence as a part of Mind’s Eye, Bell’s development wing which is devoted to supporting the creation of new Australian work that takes inspiration from Shakespeare and the classics.  The Writer’s Fellowship enables mid-career writers to spend two days a week resident within the Bell Shakespeare community equipped with desk, library, and unfettered access to the great minds which daily feed in to what is “Bell”.  The objective is to surround these writers with Shakespeare’s energy, enabling them to actively reflect, and draw upon, their own life experiences.  Through the provision of space – of all kinds – the Mind’s Eye Fellowship provides something unique within modern life, the chance to travel along the timeline from Shakespeare’s day to our own, thus gaining a unique perspective on the questions of “who are we?” and “what can we become?”

When we first started talking to Bell late last year neither party knew quite what the Writers Fellowship was.  This, in itself, is the beauty of working in the interstice where the imagination is allowed to roam free and there is neither agenda nor specified outcomes.  There is no such thing as failure or risk, there is only clear space and the blank canvas of creating something fresh and new.

We are now half way into the first year and Kate Mulvany, who has also recently been awarded the Sydney Theatre Company’s Patrick White Award, has begun to articulate her experience of the Fellowship from the inside.

Artists don’t normally get a ‘space’. Their space is usually inside their own heads, conjuring vast stories, characters, ideas, pathways, visions and images inside a physical space that is usually the opposite in dimension and scope – a small desk in a home office.  A cafe.  A car.  My space, until recently, was the kitchen table.  My space was cramped – crowded with morning bustling, meal preparation, two demanding cats, a partner running his small business, and an ever-growing pile of unopened mail that I simply didn’t have room to accommodate in my brain.

I have written this way, in this space, for 18 years.  25 plays.  Several screenplays.  Half a book.  Countless essays and articles.  I’m proud of it all.  I can’t believe I managed to get it done …

But despite my household bustling and whirling and miaowing around me all these years, my writing has been a lonely art.  My kitchen bench hurt my back.  There’s only so many times I can rely on my cats to hear my ‘latest monologue’.  There’s only so many times my poor partner has to eat breakfast somewhere else because the table is taken up with notes and drafts and research material.  That kitchen table became a littered, lonely planet and I was the only inhabitant. *

Now Kate inhabits a more-populated world in which she has a space that’s all mine but one that intersects with that of others whose work is complementary and reinforces her own.

I have never written more in my life. … My imagination has taken on a new lease of life.  And the space expands.  Because when I return home after a day of writing, I actually relax.  I ’m no longer living in my workspace.  My kitchen table now has a vase of flowers on it.  My household still bustles, but with me, not around me.  The space I’ve been given … has opened up other areas of my life that I hadn’t even realised were shut. *

This revelation is happening as much for us as it is for Kate.  As the programme evolves so will the individuals it supports and they will continue to define what it becomes.  Essentially it is about freedom – to think and just “be” for the sake of “being” – as part of a larger community which values and nurtures the space to dream and examine the challenges most of us are too busy, or too overwhelmed, to give proper attention to, but which we desperately need to address and critically think through.

In past societies humans had more time and space.  They created mythologies and religions to explain the unexplainable, to moderate and control human behaviour, and they leveraged this to become the most impactful species on the planet.  Some say that a key benefit of the new technologies which free us from the daily grind of manual labour might be that

the robots take the jobs, and …  help us dream up new work that matters.  (Kevin Kelly)

But, what if, in a world where we are permanently connected, we have forgotten how to dream and imagine?

It seems likely that humans will continue to evolve through embracing and exploiting smart technologies but as the scientists develop the “machines” so we need our artists to develop the “social” and continually remind us of what it is to be innately human.  We need them to articulate, preserve and expand our power for beauty and doing good, whilst simultaneously helping us to guard against what it is in our nature which destroys.

Human history demonstrates that our most powerful tool in this is story-telling, and towards the end of the play Hamlet implores Horatio:

Heaven make thee free of it!  I follow thee.  I am dead, Horatio.  Wretched queen, adieu!  You that look pale and tremble at this chance, That are but mutes or audience to this act, Had I but time–as this fell sergeant, death, Is strict in his arrest – O, I could tell you – But let it be.  Horatio, I am dead; Thou livest; report me and my cause aright To the unsatisfied.  (Hamlet to Horatio, Act V, Scene II)

For us the journey with both Goodenough (through our Rowland Scholars), and with Bell (through our Writers) is giving us the creative opportunity to play with those we support, and to draw from their insights and ideas in order to imagine how we can have a more positive impact upon the world.  We are committed to partnering with organisations who themselves believe in the power of “fellowship”within supportive communities, and help us identify individuals who are brave enough to take the risk of exploiting the resources provided combined with their own talents to imagine and create a better world.

Our first three Intersticia Fellows – Lionel Nizigama, Hamish Laing and Kate Mulvany – are wonderful ambassadors who exemplify so much of the good that is within the human spirit, a manifestation of true “phil-anthropy”.

Working with them is teaching us as “philanthropists” – to trust and just let go.

*  With a big thanks to Kate Mulvany

Digital Transformation – a 21st Century phenomenon
@Optus Where are your priorities? Obviously in the wrong places