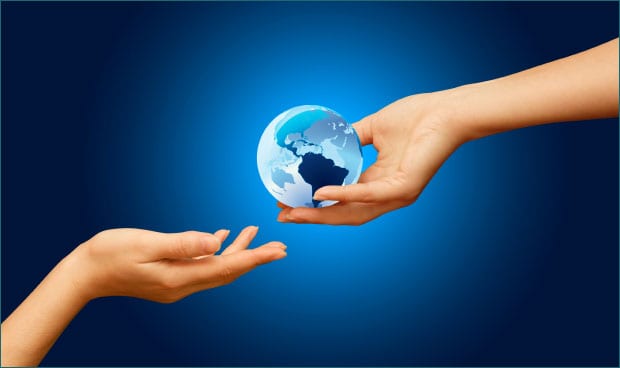 “Life is extremely unfair.  If you got the lucky straw, you shouldn’t forget about the other seven billion people who didn’t.”  (Warren Buffett)

Over the past few years the concept of the “social enterprise” has received a great deal of attention, but this has predominantly been driven by the fascination with “social media” and the commercial desire to create “social businesses”.

According to Wikipedia a “social enterprise” is

an organisation that applies commercial strategies to maximize improvements in human and environmental well-being, rather than maximising profits for external shareholders. Social enterprises can be structured as a for-profit or non-profit, and may take the form of a co-operative, mutual organization, a social business, or a charity organization.

Whereas for-profit organisations might pursue “social goals” in the hope of ultimately creating financial reward, a social enterprise doesn’t offer any benefit to investors except where by doing so would further the capacity to realise the broader social goals.

The original concept of a “social business” was envisaged by Nobel Peace Prize laureate Professor Muhammad Yunus, as described in his books Creating a world without poverty — Social Business and the future of capitalism and Building Social Business — The new kind of capitalism that serves humanity’s most pressing needs.  Yunus’ idea was that a “social business” is one that has social rather than financial objective.

The name “social business” has now been taken to essentially mean exploiting social technologies to drive real business value (IBM’s concept) and, as such, has lost much of its original meaning.

So, let’s consider the original idea within the broader organisational spectrum.

It has been said that

I have written quite a bit on government and the organisation within the digitally mediated environment, but now I would like to start exploring the concept of the “social enterprise”, particularly from the philanthropic and “giving” perspective.

As a starting point I have now commenced the world’s first “MOOC” on philanthropy, “Giving with Purpose”, facilitated by the Learning by Giving Foundation funded by Doris Buffett’s Sunshine Lady Foundation.

The programme, originally launched in 2003, aims

to support and promote the study of philanthropy at the undergraduate level nationwide in order to prepare, empower and inspire young adults to become effective, knowledgeable and skilled philanthropists and leaders in their communities.

Part of its strategy is to utilise grants of $10,000 which students can distribute to recognised organisations in the US as part of creating a first-hand experience.

Session 1 of the course focusing on the topic of “Why Give” went live last week and consists of the following components:

Whilst much of the course is very US-centric, as is so much education within the American system, I have found some useful elements thus far and the interview with Warren and Doris Buffett was really worth watching. What resonates most about the work of the Buffett family, as with others in this space, is that they are leading by example, and it is through their activities, not just their words, that they are slowing making the world a better place.

This week the focus is on “Relevance” and as a part of this I will aim to explore a little more in depth the role of philanthropy itself and the relevance to the work that we at Intersticia are doing.