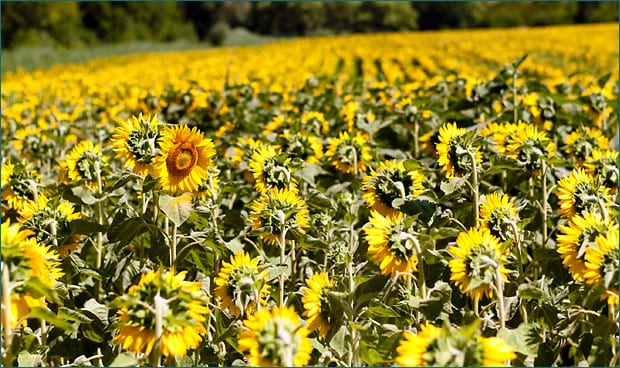 As I arrived I had the chance to chat to the Director, Geoff Aigner, who is co-author of “The Australian Leadership Paradox”, and a former alumni of the programme. Geoff told me that most people who undertake “Sydney Leadership” want to be more effective in terms of their own leadership capabilities within their organisations, and during the morning we were given an overview of what the programme involves, together with the opportunity to talk to Alumni about their experiences.

Social Leadership Australia bases its approach on the ideas of Ron Heifetz, and his concept of “adaptive leadership”, about which I have written previously. Peter Thompson and I refer to Heifetz often in our work with ANZSOG, and in his book “Leadership on the Line”  Heifetz, and co-author Marty Linsky, describe the tyranny of the “Balcony and the Dance”, essentially the challenge of balancing work “in” the business with that “on” the business.

We used the “balcony and dance” analogy a lot in our coaching component of the GAMAA Leadership Programme, and it was my friend and colleague Barbara Wilby, who most succinctly and clear articulated the benefits, and necessity, of learning to lead in both.

But perhaps the greatest conundrum is the need to broaden and diversify the interactions between people beyond organisational boundaries in order to minimise the amount of “doing business with themselves”, something that I have observed all too often. One of the objectives of “Sydney Leadership” is to do precisely that, and to immerse participants from differing backgrounds in new and challenging situations which will enable them to both reflect and grow as individuals, and as “leaders”.

SLA’s programme builds on the academic rigour of the work of people such as Heifetz, and essentially seeks to provide those who have a blend of experience, together with the ability to exercise authority, with practical models and tools for immediate use in their workplaces.

All of this is very laudable, and the Benevolent Society, parent of SLA which is a “social enterprise”, has certainly done a marvellous job of reinventing itself for the twenty-first century.

However, whilst there are now a number of quality programmes which build on the many decades of research and experience in leadership development, my sense is that there is an underpinning driver which is essentially “corporate” in its approach, informed by business models that focus on short term outcomes and a measurable “return on investment” for each of the stakeholders involved.

The SLA introduction opened by offering “how Sydney Leadership could benefit you” (as in the participants), and one person commented that “people are shareholders in the social economy”. To me this reinforced the dangers of the rise of individualism in our society (an example of which is the increasing use of pronouns – “Changes in Pronoun Use in American Books and the Rise of Individualism, 1960-2008”) which is an intriguing contrast to the accompanying rise of the rhetoric around the “social”.

if people are shareholders in the “social economy” then the relationship is fundamentally that of a “transaction”. Whatever is being traded becomes a commodity, with a clear expectation of a “quid pro quo” and a return on investment.

Does this mean that “leadership” is also becoming a commodity to be traded? Something that can be easily taught, packaged and available to anyone who signs up and pays the fees?

There are many different types of leadership, some that can definitely be taught, but others that are inherent in people within context, but all involve an element of risk and taking a chance on someone in the hope that they might become something more.

When we started the GAMAA Leadership Programme in 2002 we took a big risk, as I’m sure SLA did when they began their programme. For us the industry research overwhelmingly highlighted the need to develop management and leadership skills within the graphic communications industries, and there were no precedents we had to follow. In addition, we had to convince our risk-averse GAMAA members of the potential benefits, all of which were longer term, intangible, unquantifiable and conceptual, and none of which could be guaranteed. To their credit the GAMAA programme still continues, albeit in a modified and reduced form, but for five years it did exactly what it was set up to do, and it did change the lives of a number of people, whom, we hoped, would then go on to lead in their own unique ways.

My own approach to leadership is encapsulated in the following quote:

“A leader is one who takes the hardship of finding a better way of doing things for the common good and then selflessly shares the knowledge with others by guiding them on that path.”  (Avijit Dutta)

As a long-time proponent of “servant leadership” (which underpinned much of our GAMAA work) I believe that leadership is a very personal thing which is highly contextual, driven by values and emotional genetics (or family constellations) and instead of being complex, is, in fact, extremely simple. What is complex is the changing environment within which we find ourselves, but our relationship with “leaders” and “leadership” itself remains remarkably same, driven by the fundamentals of group relations, group dynamics and politics.

Given the fairly immediate focus of a programme like that of “Sydney Leadership” I asked Geoff Aigner where the “transitioners” went, those who were looking for the next thing, that which is undefined embryonic, and yet energetically emergent. He didn’t know, but he did ask me if I was a “mystery shopper”, which I thought was absolutely delightful!

A “mystery shopper”, in the traditional sense, is all about measuring quality of service, compliance or gathering specific information about products and services.

I’m not a “mystery shopper” but what I am definitely doing is “shopping for the mystery”.

I’m looking for people, projects and organisations who are looking in the opposite direction to where the crowd is headed, those who are “zagging” in a “zigging” world, those who are taking the risks and trying new things in order to tread a path for others.

If you, or anyone you know, is in this space, please get in touch 🙂

Please Sir, I want some more!
The “open” rhetoric … are we hearing more of the same?