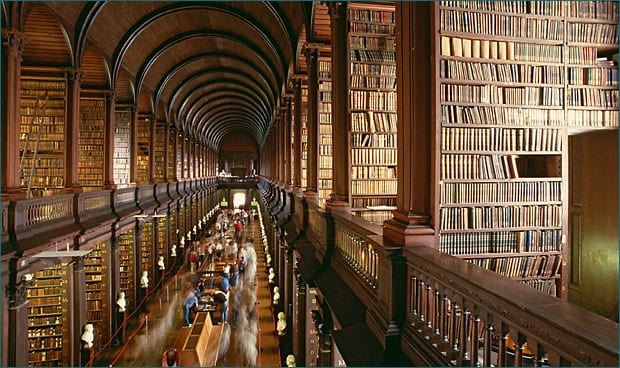 “Serendipity – the lucky tendency to find interesting things by chance in a happy or beneficial way.”  (The Serendipity Cafe, Cork, Ireland)

There is nothing like wandering around ancient cities that have witnessed the destruction, chaos and devastation of major conflicts to reinforce the importance of the relationship between governance and trust. Why? Because it is those that govern who are largely responsible for these conflicts, but it is how we respond to that governance, and our own trust in that leadership, that largely determines our support and participation, either voluntarily or by compulsion.

“we shape our buildings, thereafter they shape us”.

This last month as I have spent time in Berlin, Hamburg, Paris, London, Leiden, Rotterdam, Belfast, Cork and Dublin, all of which exude history and the ravages of power (often driven by human ego) which is impressed upon the architecture. In Paris it is the boldness of Napoleon and aspirations of French imperial grandeur; in Berlin there is the dream of empire, tarnished with impregnated guilt; in London the testimony to colonial administrations and the development of bureaucracy; in Belfast, with its murals and new Titanic quarter, the celebration of a glorious industrial past, together with the brutal reality of the more recent “Troubles”. And in Dublin what impressed me most was the wonderful “Long Room” in Trinity College which holds thousands of books capturing human thought over generations.

For each and every edifice the stories they could tell of what they’ve witnessed over the years would be a marvel in themselves, as from each the national character seeps through and is expressed in architectural form.

My own early interest in architecture and Fine Arts has now blended with my interest in the systems of governance and how culture and governance interact, mediated by technology. In many ways this is the essence of the “digital brand”, and, as I travel I’m becoming increasingly interested in how that “brand” is co-evolving in both the physical and digital worlds. Collections of humans have always formed tribes and communities, and, as Paul Seabright wrote in “The Company of Stangers”, it is really quite remarkable that we as humans can get along, and that our interconnections can so often result in growth and prosperity. It is also based on a delicate balance between governance and trust.

Here is an example. How does one approach a pedestrian crossing?

In London I can be fairly sure that a car or taxi will stop; in Berlin I can be almost definite in this; in Paris I have absolutely no idea; in Naples I’m pretty sure they won’t, and in Ireland I am sure to be given the space to walk across accompanied by a cheery smile and a wave.

What I search for as I travel on a day to day basis are the intuitive signs that I can predict how I should behave, and how others around me will behave, and I look for both consistency in that behaviour. As governments around the world struggle to engender public trust they must become ever more aware of this, and mindful of how conflicting messages will both confuse and undermine public opinion.

One experience of this for me was in Paris.

At the south eastern end of the Champs de Mars is a giant artwork dedicated to “Peace” written in many languages. This rather imposing sculpture is rather lovely when considered next to La Tour Eiffel, that iconic masterpiece of technological wonderment so much a part of Paris. The mix of glass, metal and space all seem to work together. 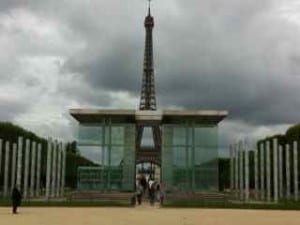 However, when I viewed the same sculpture from the opposite direction and consider it in context with the École Militaire sitting right behind it, I found it odd to be promoting peace so close to a place where French Emperors had trained military experts to go forth and conquer and promote the precise opposite.

Perhaps that is the very reason that the artist decided to put his work where it is, to bring home this juxtaposition to those who stand there, it certainly did to me. But this is just one example of where artistic messages can be powerful determinants of the public mind. The Nazis and Communists used them very powerfully during the twentieth century as numerous exhibitions in Berlin present.

As with all edifices of human ingenuity the constructs we create – be they physical architecture or digital virtual worlds – will emerge with our inherent values and social mores – from the Louvre and the Brandenburg Gates to Westminster.

As we struggle to deal with the challenges of the digital environment we should look more to our physical surroundings, and, in particular, the history of our monuments and cities which reflect so much of what is in our essence, as a nation and a species. In the physical spaces we inhabit everyday are the clues to how we will behave in the virtual space as well, and the two will always be interconnected. I think sometimes in the excitement of the “digital era” we sometimes forget this, which could be both unfortunately and potentially dangerous.