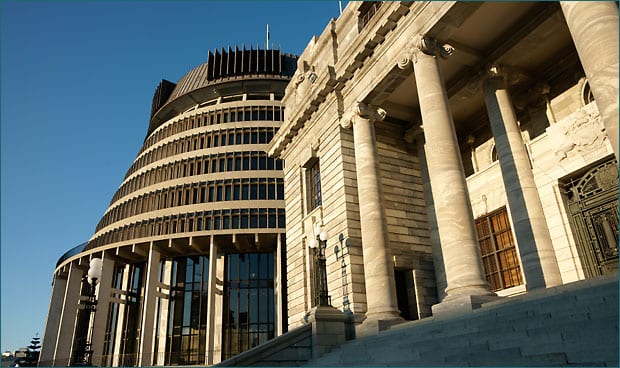 Last week saw the first New Zealand “FutureGov”. Hosted by Alphabet Media, this one day event was very similar to others that I have participated in and had the familiar mix of keynotes, rotating “themed” tables, and senior level participants.

However, as I am learning with “all things New Zealand”, this was much more about reality than just rhetoric, and there was a real sense of things actually happening. Whether this is due to the fact that the Kiwis have their own very real-life disasters to cope with (nothing like living on three fault lines and a bunch of volcanos) or that their no-nonsense “can do” attitude means that they are impatient for action, I was very impressed by their level of commitment as well as progress on numerous fronts.

The New Zealand government, under what seems to be the very capable leadership of Prime Minister John Keys, is committed to public sector reform and to “achieving better results for New Zealanders”. Within this the role of ICT is instrumental in achieving a number of the stated objectives.

FutureGov NZ 2012 sought to examine and discuss the following:

We had six “rotations” of around six people on each, and a diverse range of individuals from organisations including the Department of Foreign Affairs and Trade, Customs New Zealand, the Department of Defence, Archives, the Ministry of Social Development, and Ministry of Internal Affairs. It was also terrific to have Julian Carver, acting CIO of the Canterbury Earthquake Recovery Authority, whom I met two years ago when I went over to do the “Open Govt” workshop with Microsoft.  Julian brought some very grounded reality to the conversation as he told us a little about his work and the balance between what a government organisation can do, versus what people expect it to be able to do.

As with Julian each participant brought with them their own experience, but also a willingness to discuss the major issues they face on a daily basis as they work towards meeting the Government’s objectives which were very clearly spelled by out Minister for Internal Affairs, Hon. Chris Tremain, and New Zealand Government CIO, Colin MacDonald.

So, a few things that I feel are worth mentioning.

As part of getting to know people I asked what was the most interesting thing that they had heard during the day and of these I found three to be worthy of note:

1.  an interest in the use of virtual worlds and avatars within virtual environments for remote meetings and collaboration;

2.  a realisation of the challenges of managing the “hybrid” environment of physical and digital information; and

3.  the embedded concept of the “personal data locker” within the New Zealand government’s objectives.

These three themes resonated throughout the day as the groups discussed the changing notion of “governance” and, indeed that of “government” within the digital economy. The fact that citizens are demanding to be heard, and have greater expectations in terms of both service delivery and the transparency of government information and processes, is something that is a common thread in all of these conversations.

As our guest speaker we were very privileged to have Dr Doug Fridsma, Director of the Office of Standards and Interoperability, US Department of Health and Human Services. Doug is responsible for developing the process by which key standards are adopted to most effectively enable the sharing of data and information throughout the health community.  His story is a most compelling and interesting one in both the crowd-sourcing of ideas, the realisation that any process is evolutionary and therefore needs to tolerate both ambiguity and some imperfections from which to build. As Doug said within the digital world it is the standards and data that will drive innovation, new initiatives need to be kept simple, and the process needs to be iterative – tried and tried again, gradually working towards the desired outcomes.

One additional person that I met on this trip was Candace Kinser, the relatively new CEO of NZICT and who is definitely a woman on a mission. Charged with leading this peak body to realise some of the ambitions of making ICT a major export for New Zealand Candace brings a wealth of experience, a passion and a drive to succeed. This is a space I shall be watching with interest.

All in all it was a most informative and enjoyable week and my thanks go to Teresa Pollard and the Services and Solutions Team of Fuji Xerox New Zealand for hosting us. In addition my thanks to my colleague Lisa Baldwin, the Government Relations Manager with Fuji Xerox Australia and co-IMM Committee member, with whom I have done FutureGov previously.

An ANZ update… a white knight to the rescue!
Quiet is the new loud