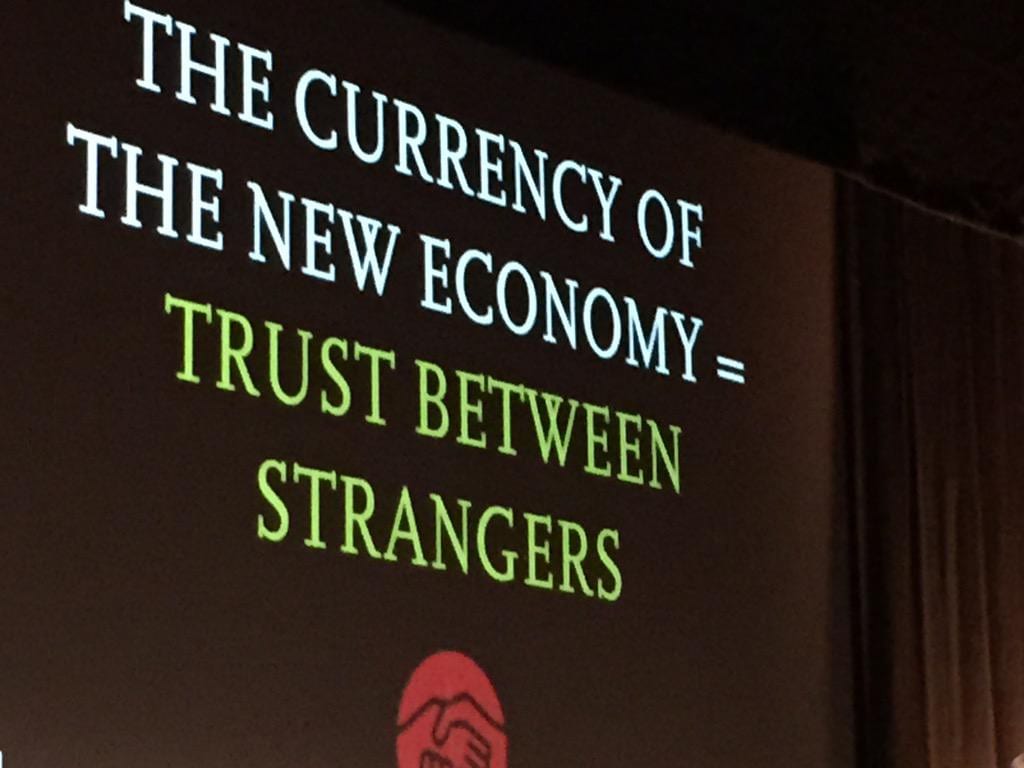 Next week I will facilitate the first of our UK Digital Director workshops which will support the work being done as a part of NPC’s Digital Transformation programme.

Over the past few months I have facilitated a number of pilot workshops for senior managers and directors of public sector organisations in Australia, and 2016 sees us roll these out to people in the Not for Profit and Philanthropic sectors. These workshops have been designed to help people make sense of the digital world through recognising the importance of learning to “think digitally” whilst also determining their own level of digital skills.

A key part of the workshop is to focus on digital disruption, which many are calling the “Fourth industrial Revolution”.

According to Pierre Nanterme, CEO of Accenture, this “revolution” seems to be coming in a number of “waves” which are disrupting many current business models.

From the digital consumer/citizen/customer point of view just this week Lloyds bank released its first ever Consumer Digital Index which found that individuals can save an average of £744 a year by being online (£516 for low income individuals). These savings come through online shopping, price comparisons, and proactively managing their finances online.

What is new in this Fourth Revolution is whilst there is a lot being written about how businesses need to disrupt before they are themselves disrupted, the reality is that it is not the businesses – of all kinds – that are in control, it is the consumer/citizen/customer.

The disruptions are happening because (see article)

Uber and airbnb are but two examples of this, where a clever idea has radically transformed an industry through the monetisation of data, rather than through selling a service or charging a fee.

So what does this mean for the Not For Profits and Philanthropic organisations?

One thing that Governments are learning is that even though they think they have a monopoly in certain areas this is no longer the case. Various government services are now being challenged by new models (for example look at FutureGov) and so are not for profit enterprises (look at Casserole, a social enterprise which matches Cooks and Diners taking over the role of Meals on Wheels).

The disruption is an enormous opportunity for all because at the heart of the digital interaction is the relationship between the provider and the customer. And this needs to be built on the trust that is embedded in that relationship, which itself is becoming a form of currency.

What I have found in all of the workshops thus far is that there is a hunger to know more about this new emerging economy, and the “revolution” underpinning it. One of the most important elements to the day is to get participants to reflect on their own knowledge and to articulate what they need to do to improve their digital skills. In addition we focus on their own individual digital brands, and how they represent themselves online.

What we are aiming to do is to help build a literacy, so that digital becomes a way of being, not just of doing. From there our aim is to enable all sorts of new ideas and disruptive business models which can improve lives everywhere.

[We are] harnessing technology to create change, to create better services, to create a better world.

This text is also published on NPC’s website.  We are holding our Digital Director workshops at NPC on 4th and 10th February and many thanks to Tris Lumley and David Bull for their support.