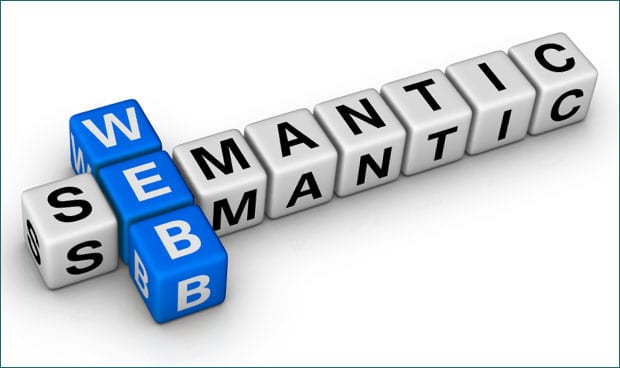 Yesterday we had our first meeting of the Sponsorship Committee for the International Semantic Web Conference (ISWC) 2013 to be held in Sydney in October 2013.

ISWC 2013 will be the twelfth annual event held by the Semantic Web Science Association and is “the leading conference for research on Semantic Web topics”. As is always the case for any community of practice, the annual conference is not only an important meeting place of people and ideas, but it is also a valuable time-lapse opportunity to observe a field of study as it evolves, and our event follows this year’s ISWC 2012 conference, to be held in Boston next month.

The Chair of ISWC 2013 is Kerry Taylor of CSIRO, and the Sponsorship Chairs are Pascal Hitzler, of Wright State University, and myself.

Semantic technologies have come a long way since I began work in the area in 2006. Our first Australian Research Council (ARC) funded research project, jointly funded by Fuji Xerox Australia, in partnership with Common Ground Publishing and RMIT University, began researching the emerging world of “semantic” technologies and their impact on the printing and publishing industries.

Following on from this we then sought to broaden our approach by not only bringing in additional partners, but also working to apply “semantic” thinking to the real world problem of sustainability reporting. This second project should yield some results in the next few months including both a demonstration on-line model as well as published papers and resources.

Since this time, much of the work with which I have been involved has focused on how to develop solutions for real world business and information problems utilising semantic technologies, and most of the IMM (Institute of Metadata Management) events we have held over the past few years have sought to educate and promote these technologies in action.

As we discussed potential sponsors and supporters for ISWC 2013 in Australia it was useful to reflect on the maturity of the technologies both here and internationally. The week that I spent at the Web Science Summer School, of which I have written previously, was a good opportunity to observe where the current research focus is, and Linked Data emerged as top of the list.

The forthcoming ISWC 2012 will be a complement to this in terms of the programme which offers a wide range of technical sessions on everything from semantic sensor networks and ontology matching, but of greater interest to me are the “industry track presentations”. As with other events that I’ve observed these seem to come from a range of groups which are niche players, either within larger organisations or as small start up companies, and there is a very similar feel to the Industry Track in 2011.

So, how “real” is the Semantic Web now?

In his book “Weaving the Web” Tim Berners-Lee, the inventor of the World Wide Web, stated that

The blueprint for the new Web is… much like my 1989 proposal for the original Web. It has a social base, a technological plan, and some basic philosophy. A few people get it; most don’t.

As we know now, this blend of technology + social + philosophy worked, and it worked because it brought together a need and solution at the right time and in the right place. What Berners-Lee did was write the original code, made the technology freely available and then went out and promoted it. The result was the World Wide Web, the largest information fabric in the history of humanity.

With the “next Web” the same thing might also happen, except that this time around there is the Web itself as a powerful communications and information medium, as well as the World Wide Web Consortium and events such as ISWC. In addition, there is a growing realisation that the need to harness the power of computing to assist humans manage information and its management is now acute, and there really are few other options.

I believe one of the biggest challenges is that of bringing the outcomes and learnings gained through research to benefit everyday citizens in the here and now – not in the space of years which has traditionally been the case. People need help immediately in being able to access better quality (not quantity) information in order to do their work, manage their lifestyles and take care of their families.

They can’t wait for the academic and old-world publishing time-frame which, when dealing with rapid change, is simply archaic. Whenever I talk to researchers or attend conferences I see wonderful work being done that needs to be connected with practical application; I hear language that needs to be made much simpler and more accessible; and all too often I see a solution in search of a problem, rather than the other way around.

What Berners-Lee did so successfully with his invention and launch of the World Wide Web was address a painful business problem and then link it to a practical solution.

So, with ISWC 2013 on the horizon how can the organisers utilise this opportunity to begin to bridge the gap, and give impetus to this next phase of the Web? What other resources can be brought into play? And how can the conversations be as relevant to the living room as to the research lab?

One way is to view the Industry Track as a conduit between the research and the practical, and to ensure that it has presentations from companies who are out there and actually putting these technologies into practice, both in Australia and internationally. Whilst many of these may not be new to the Semantic Web community it is the offerings of organisations such as:

which are powerful and very tangible examples for the everyday punter who doesn’t care about the technology, only how it impacts on them through their everyday use.

The other thing we need to do is to develop and promote education in how people can more effectively utilise and manage the Web by enabling greater understanding of how it works. This, of course, links back to Web Science.

The next twelve months being involved with ISWC 2013 will be both a challenge and a privilege, and hopefully when I look at back and reflect after the conference closes we will have shifted the conversation forward just a little, and there will be fewer confused faces around the room when the Semantic Web is mentioned.

What do we really mean by “engage”?
Intelligent governance for the 21st Century