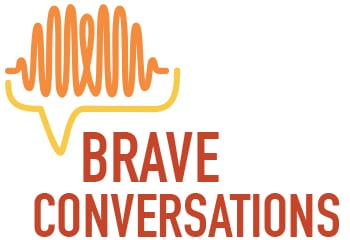 As JP Rangaswami writes in one of his recent blog posts

We need to get better at studying the impact of change over time. Proper, longitudinal study, collecting and preserving the right data sets, with the relevant discipline and safeguards in place. That’s why I have been fascinated by and supportive of Web Science.

I sat with JP at our recent Web Science Trust Board retreat in Oxford and we discussed how much of what is happening in modern society – from the death of privacy to Fake News to the rise of AI – had been predicted by Web Science over the last decade but we were too far ahead of the market.

As we look at the world around us despite the fact that on many levels humans have never had it so good many believe that our systems are in crisis and are broken (see Edelman Trust Barometer 2017).  Even global leaders at Davos are searching for solutions to the obvious rise in global discontent.

It appears everyone is talking but what is actually being achieved in making change?

Web Science has been asking these questions for the past decade:

Before I discovered Web Science I was involved with a small group of people who held a number of conferences in Australia focusing on the impact of the Web on society.  At that time we too were ahead of the market, we didn’t know about Web Science, nor did we realise how crucial what we were doing really was.  We called our conferences Metalounge because we had been inspired by the emerging conversations around the world of data, and we couldn’t think of what else to call them.

But now what we have been talking about is of crucial importance and the time has come to both reboot these conversations and formally launch Web Science in Australia.

participants need to be brave, to say the things that they know need to be said, and be prepared to apply intellectual rigour to challenging ideas that might take us to uncomfortable places.

We want get people from all ages and stages, working in academia, government, business, the media and the third sector  THINKING + TALKING + FEELING together.  We want to address some of the profound issues that are arising as human life becomes progressively entwined with the internet and the Web.

We want to wake the humans up! by exploring:

So, what are we actually doing?

Day One is Human Hack Day

There have been sooooo many “Hackathons” … but how about a Human Hack Day?

Pia Waugh will kick things off by asking us to “choose your own adventure, please!”  Based on the work that she has been doing for many years Pia wants to encourage the Humans to make ACTIVE versus PASSIVE choices about the future we are all collectively creating.

Following this we are bringing together people from government, business and social enterprise who have real world problems which need to be solved, and adding researchers and students who are researching the Social Machine and may have some insights and solutions.

On our second day we bring together a whole bunch of people who are immersed in their fields, many of whom you may not have heard of because they are so busy DOING that they don’t have time to talk about it!

THE WORLD AND THE WEB

Please do so by sending us your ideas via #braveconversations

This conference is evolving as we put it together.

It is not an academic conference.  There will be no formal presentations – just lots and lots of conversations where no stone will be left unturned due to political correctness or commercial bias.

We will create a safe and open space for people to think, reflect and perhaps have time to consider their own challenges and what they might do about them.

We want to push the boundaries in terms of thinking about the World and the Web and our focus is on helping to develop “smart humans” for the digital age.

That is our challenge and we in turn challenge you to come along and help us!

Intersticia Manifesto – a continuous work in progress
Being brave