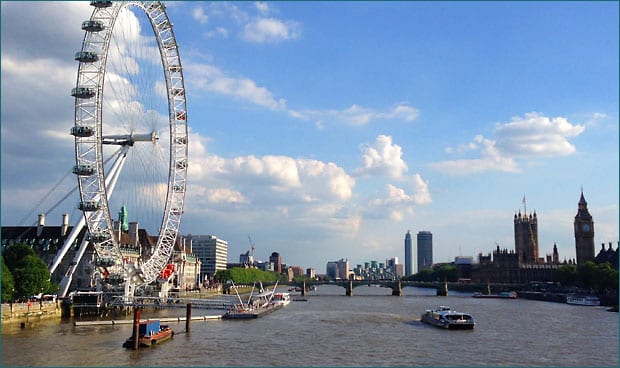 This past couple of weeks I have lived in London soaking up as much as I can of life in this dynamic and vibrant city. Whilst I don’t really like being in London at this time of the year – with every man and his cat – I have used this opportunity to participate and engage in activities and events that are slightly off-beat, for which London is renowned.

The first was a talk for The School of Life event with Arianna Huffington. Huffington is an amazingly accomplished woman who has in many ways defined online publishing and speaking her mind.

In her latest book “Thrive: The Third Metric to Redefining Success and Creating a Happier Life” Huffington puts out “a clarion call, a meditation, and a practical response to the question of how to live.”

I particularly loved two things that she said.

The first was the need for sleep, and to recognise how important sleep is for everyone. So many people boast about how little sleep they need, but to what extent does that leave them burnt out and suffering in the long run?

The second was the statement that you can’t do everything in life so just recognise that some things you won’t achieve … like climbing Mt Everest or learning a language when you know you’re never going to get around to doing it. Both of these comments resonated for me as I enter a phase in my own life where the careful management of energy is something crucial to how I live each day.

“Feeding the soul” is also crucial to me, and I have been raving to everyone about one of the most enlightening and insightful “artistic experiences” I have ever had, “Symphony of a Missing Room” which is part of the LIFT Festival at the Royal Academy. This “piece” (I can think of no other word) is a multi-sensory experience that guides you through the Royal Academy in a way that draws on each of the senses – sound, texture, smell, weight – and is based on the total trust that you develop with your guides and the disembodied voice which calls you.

Developed by Swedish artists Christer Lundahl and Martina Seitl, they describe “Symphony” as both “a reinterpretation of an existing exhibition, and an autonomous artwork”, whilst encouraging people to engage with themselves as physical sensing beings, and to explore “reality”. What I enjoyed most about “Symphony” was the removal of the visual sense and the heightening awareness of my own presence using all other senses. In a world that I feel is overwhelmingly visual – and, as an auditory kinesthetic I sometimes struggle with the overwhelming prevalence of this, and am becoming allergic to our “screens everywhere” culture! – I loved focusing on the other ways that I draw on experience and interpret what is my own “reality”.

This notion of “reality” is one that artists have explored since time immemorial and the current “Matisse:  The Cut Outs” exhibition at the Tate Modern gives an extraordinary overview of Matisse’s work during the latter part of his life when he explored the interplay between two and three dimensions, colour and surface, as he “carved in colour” with scissors and paper. I was never a huge fan of Matisse when I studied at the Courtauld, but this exhibition won me over, and in particular the stained glass designs he did for the Chapelle dur Rosaire de Vence. For Matisse, who worked continuously throughout two European wars, his art was a mechanism of “self defence” and a refuge within which he sought a world of peace and harmony during troubled times. This echoes the words of Huffington who also speaks of the need for space amidst the chaos, and the time to reflect.

I have purposefully drawn on other events for my own reflection, and two, in particular, are worth mentioning here: The School of Life’s “Eureka Tour of London” and Dotmaker Tours “London in Slow Motion” led by Rosie Oliver, both of which are co-developed by Cathy Haynes. Cathy and Rosie have a delightfully relaxed approach, and, as they gently guide you from Cleopatra’s Needle through the Embankment and along the Strand to Covent Garden, the National Gallery, and the Seven Dials, they explore ideas such as “creativity” but also “speed” and the changing tempo of life in this grand old city. As I wandered around I reflected on “Symphony” and the juxtaposition of the senses, the balance between what was presented to me and what I had to actively seek out, and the increasing tension that I think many people feel between the speed, immediacy and ubiquity of the digital world, versus the slow persistence of our physical surroundings.

I have written a lot about this, but what I am finding interesting is that no matter what environment I am in the discussion around this tension arises, as does the underlying need for some sort of “digital literacy” to enable and empower people to make conscious choices.

This notion of “choice” came out loud and clear in a talk at the RSA by The Economist’s John Micklethwait and Adrian Wooldridge entitled “The Fourth Revolution”. I have enjoyed previous books by this duo, and in their latest offering they question the ongoing sustainability of the Western “democratic” model, asking whether it will be the liberal values of democracy and freedom or the authoritarian values of command and control which dominate in the twenty first century.

“Society is produced by our wants, and government by our wickedness; the former promotes our happiness positively by uniting our affections, the latter negatively by restraining our vices.” (Thomas Paine)

“Society in every state is a blessing, but government even in its best state a necessary evil.” (Common Sense, 1776)

At the core Micklethwait and Wooldridge stress the need to ask “what is government for?”, which is perhaps THE most important question facing all citizens in a world where digital information is revolutionising everything around us. In the world of the “social machine” the relationship between all stakeholders is changing, and both the public and private sectors are questioning their own “realities” as data becomes a critical currency in its own right. There is, it seems to me, both a philosophical as well as a technological determinism at play, which requires both the time and space for us as humans to think about the type of world we want to live in, and to then slowly harness the tools and technologies available to actively create it rather than sit as passive consumers.

This, of course, is the underlying driver in Web Science, and it was both a privilege and a pleasure to be a part of the launch of the Web Science Institute at the Royal Society.

As Professor Dame Wendy Hall stated in her Opening Address “it’s about the people, stupid!”. This is where Web Science has its greatest potential – to put the people first, empowered by technology – but also educated in how to harness those technologies to expand on our humanities rather than subsume them.

If nothing else, during my time here over the past few weeks, I have found the timeless grandeur of this most majestic of cities (in many ways) reinforces the need for us all to slow down, take time to appreciate the wonders around us, and understand our own experiences of “reality”.

A silver lining in the dark cloud of Australian politics?
It’s about the people, stupid!