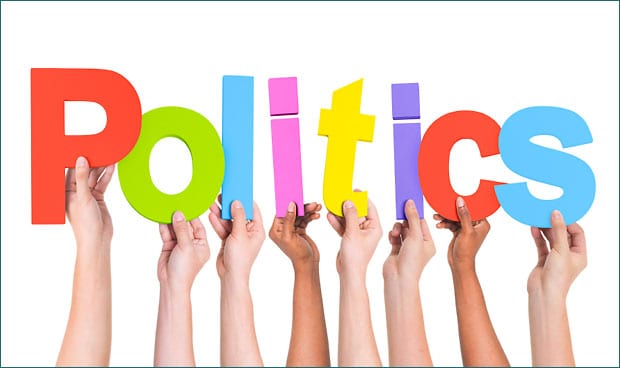 “you cease to learn once you are elected to Parliament”.

She felt that so much time and energy was spent just dealing with the day to day of being a “politician” that there was precious little left to actually remain in touch with what people were actually saying, let alone to have much space to actually listen.

The importance of listening is crucial to any “conversation”, and politics, more than almost any other profession, is, and should be, about having conversations. This means listening more than talking, expressing an interest in what the other person is saying, and being willing to learn and accommodate new perspectives and ideas.

This is something that is sorely lacking in the Australian political environment at the minute, and the acuteness of the problem was brought to my attention as I talked to some of my younger family members and their friends at my nephew’s 21st last night. Many of these young people are doing wonderfully interesting things – traveling around the world, starting exciting careers, and now emerging as the young adults who will lead our country in the not too distant future.

Across the board the conversation inevitably turned to Australian politics, and the current reactions to the Coalition Budget, especially the cuts to education and health funding.

As a former political staffer, and someone who used to be passionately interested in politics, I always find it fascinating to hear these young peoples’ opinions, and to hear what they themselves deem to be issues of concern, and commentary on where our so-called “leaders” are taking us.

People often ask me if I miss the world of politics. I inevitably respond that “it is either the same people doing the same things, or just different people doing the same things. The process largely remains the same”. I think of so much of what happens in politics in terms of swings and roundabouts – one party gives, the other takes; one government cuts, the other adds; and we lurch forward along an often painful, but inevitable, path of “progress” towards becoming a more “civilised” and “developed” nation (all loaded words by any standard).

But, the most heartening aspect about these political conversations amongst young people last night was that I was hearing them at all! In fact my niece, herself becoming a very well-travelled and sophisticated individual, stated that she felt that the best thing Tony Abbott is doing is to create a political awareness in her generation, and to finally awaken them from their apathy about politics and government, in order to stand up and protest, push back and say “no”!

I thought this was marvellous and something truly exciting, because, as a nation, we are so disinterested and politically lazy, mainly because the majority of us very rarely have anything really challenging to get massively upset about.

I grew up as the daughter of a WWII veteran and serving military officer, ever conscious of the Cold War and its manifestations through the “Domino Effect” and the Vietnam War (although I was too young to experience it directly). In the 1970s Australia woke up when Gough Whitlam upended many of the accepted cultural norms saying “It’s Time”, and three years later the country went through its greatest political crisis with “the Dismissal”.

In my 20s I lived in London during the Thatcher years, and attended marches against Apartheid, worried about nuclear fallout from Chernobyl, and visited Berlin and Russia during Glasnost and Perestroika. I came home to a country following in the political footsteps of the UK and US with the rise of “managerialism” in the Australian public sector, which permeated both sides of the political fence, supported by rising “corporatism” and an increasing reliance on the market and capitalism. I also came home to the birth of the World Wide Web, having bought my first Apple Mac in 1985.

And then in the 1990s I remember talking to my nieces and nephews who asked me various questions such as “why are spies in movies always Russian?” and “what was so scary about ‘the bomb’?” They grew up in a rare period of calm which changed abruptly on September 11, 2001, but the feeling of the “lucky country” persisted and even the Global Financial Crisis hasn’t impacted us as it has in many other countries around the world.

According to our political “leaders” things have now changed and we need to rein in our spending, and we need to do this by cutting at some of the most crucial and fundamental things which we, as Australians, value about our society. The first is our ability to undertake and achieve an education which our grandparents might only have dreamed about, regardless of financial circumstance; and the second is our access to one of the best health care systems in the world, regardless of income and social position.

It is not my intent to comment on policy – I prefer to leave that to others, even though I do have my own very strongly held opinions. What I do intend is to thank Tony Abbott and the Coalition Government of 2014 because they have finally begun to wake us up as a political nation. They have given us something to feel outraged about, and to protest deeply and sincerely against. And, I very much hope, to galvanise ourselves into taking up our political rights and demanding that those elected in to office (whether because we agreed with policy, or we just wanted to get rid of the “others”) actually listen, and appreciate that they are there to serve others, not just their own ambitions and aspirations.

Any “mandate” or “entitlement” to govern is based on the social contract between the “government” and the “governed”, and that rests almost entirely on trust. Citizens should be able to trust that those whom they elect to the esteemed offices of “representatives” carry out this role with honesty and integrity, but most of all it, with a commitment to “service”. The great tragedy of the current situation in Australian Federal politics is that the politicians haven’t yet realised that most people, and especially the younger generation, are sick of the political spin and are smart enough to see through it.

But what this means is that this generation of politicians have done more damage to our political system than any previous ones, precisely because they seem to treating the electorate like a bunch of idiots whom they can still fool with their rhetoric and semantics. In this they are woefully out of touch, but unfortunately we are all paying the price. One idea that came up was to fine every politician (and fine them properly!) every time they break a promise. I love this idea – it might actually make them think twice before opening their mouths!

When I worked in politics the age of the “political class” was just beginning, but it is full swing now, and far too many of our serving politicians have done precious little but play politics one way or another, as an apprenticeship for taking up a parliamentary seat which, like squatters, they feel they own until they want to move on.

My deepest hope is that our young people, who are not yet jaded and exhausted from decades of trying to be listened to and actually heard, will use the power of both their education and their understanding of social technologies, to break through the wall of arrogance and deliver the message that this must change, not only for the good of the country, but to protect and uphold the governance systems that enable civil society, and the trust we place in them.